I am getting back onto putting more Sculptamold down so that I can get going on the scenic detailing of the back side of the railroad. Firstly, I had to cope with the tine gap along the window cill. As I can't do anything permanent to the walls (we rent the apartment) everything that I do has to be held separate from the wall, etc. here I had a little problem. There is a very small gap along behind the railroad - no more than 1" at its greatest. It is interesting that the gap gets smaller as it goes along but, on testing, neither the window cill or the railroad baseboard seem to be out! In any case no freight car rolls on the rails when placed so I will stop worrying about it. I found an image of a wooden fence on the internet. I put this into photoshop. I trimmed it and patched it into a long line. I also put some scenery behind the fence but it turned out that very little of that could be seen. Then, using Adobe Illustrator, I placed this on a sheet of paper with as many copies as I could fit and printed it all out. Each line looked like this:

Securing these to some foam board using double side tape gave me a nice background under the cill.

I then cut out a couple of pieces of foam board to match the floor of both the freight house and the station building. The idea was to raise these up so that they were at the right level against the track taking in the height of the foam road bed and to give a flat area to fix them in place when I get to them. I then started to ladle Sculptamold onto the baseboard being very careful when placing it near to the ballast. 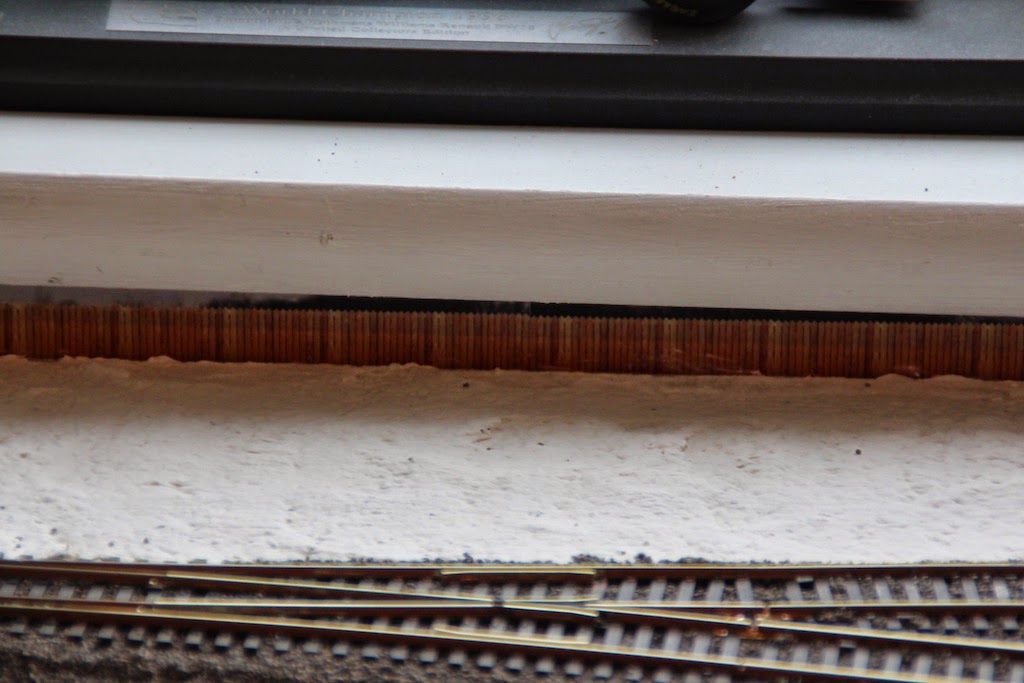 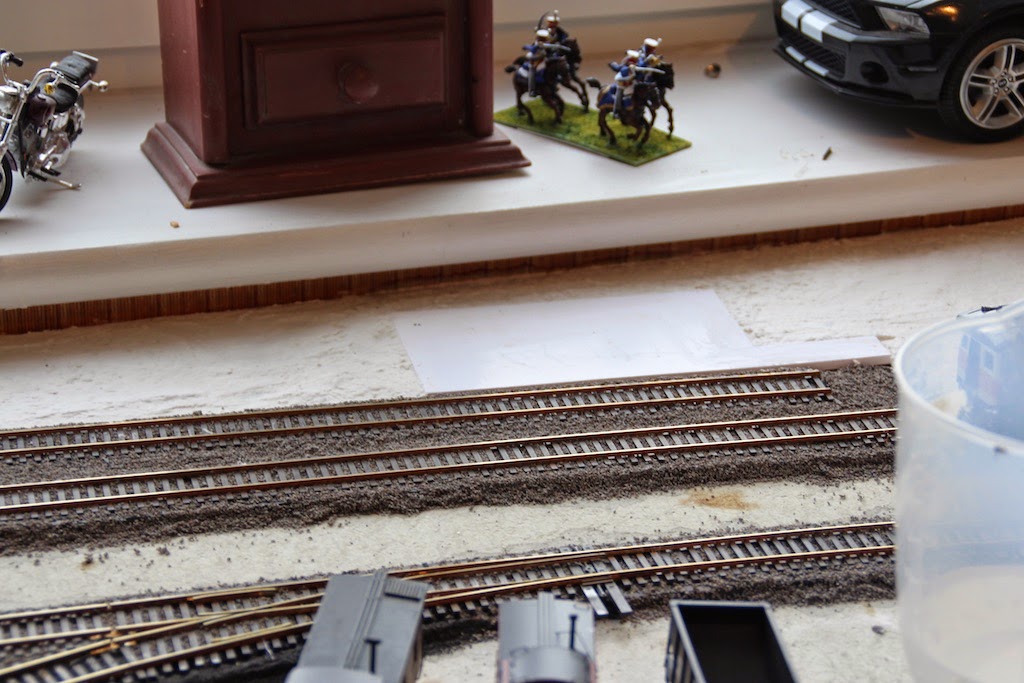 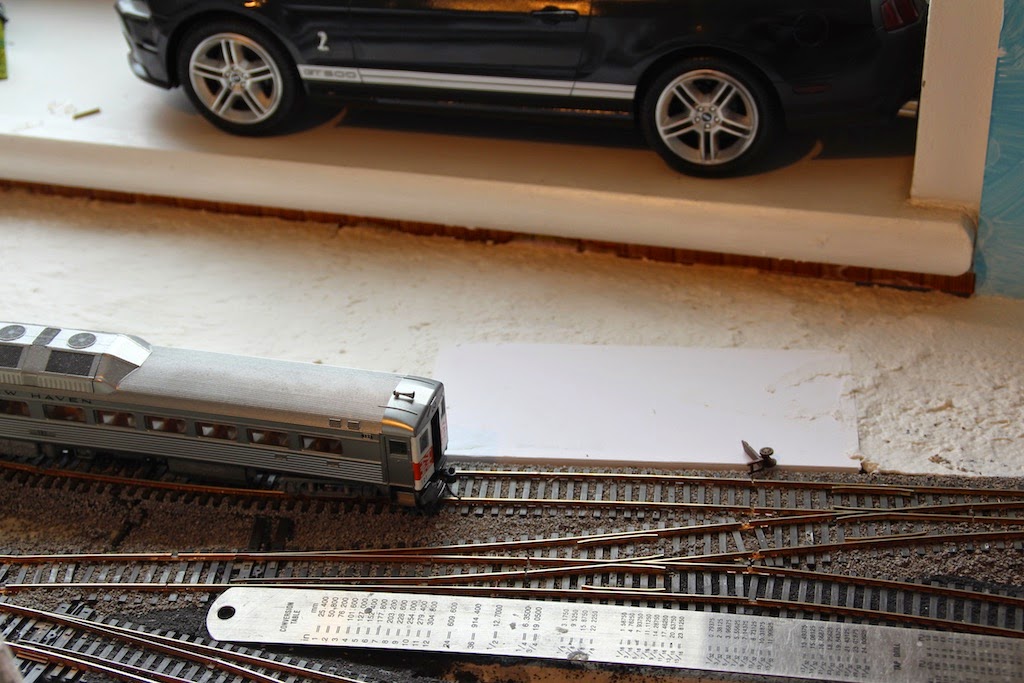 Stopping for a while, I got out my plaster bandage (Mod Roc as it is called in the UK) and, using some old newspaper, built up a hill in the right hand corner of the layout. 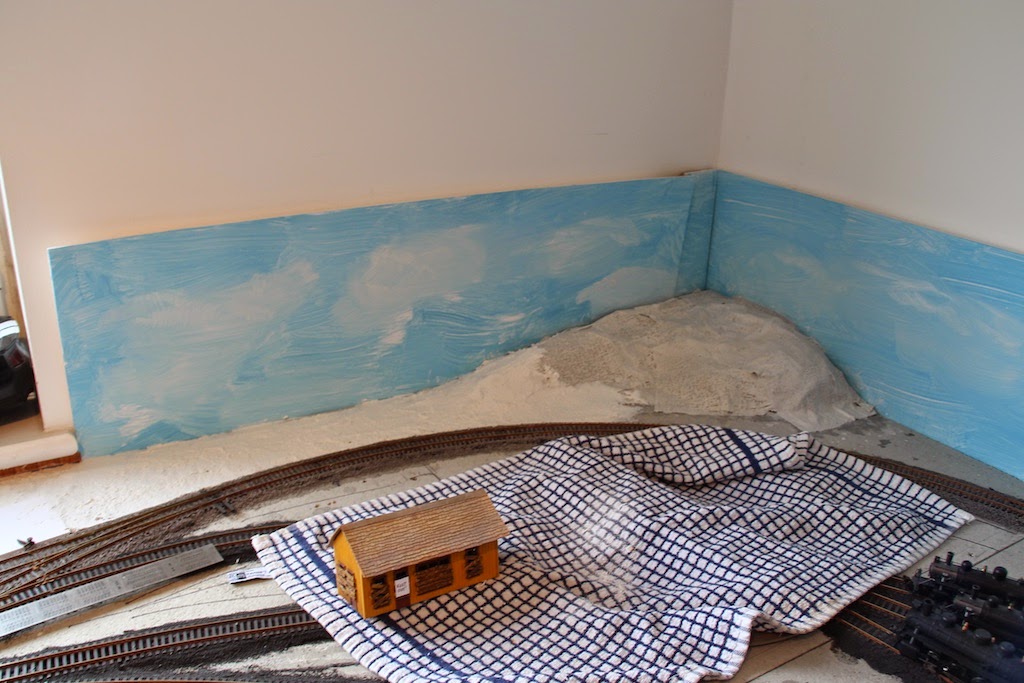 In the image above, I have started covering the bandage with Sculptamold.

It is all starting to go together. When it is dry, I will paint it to match the rest of the groundwork. I need to make a platform for the passengers (remember that the station building is derelict). I am planning on a simple wooden plank structure which would have been seen as sufficient in the 1950s. I also need to make a tarmac base for the working area of the freight house and then put a small road in that goes off to the left behind some trees. Just to finish, I thought I would show you the derelict station in situ (I have added a Keep Out sign to the door). 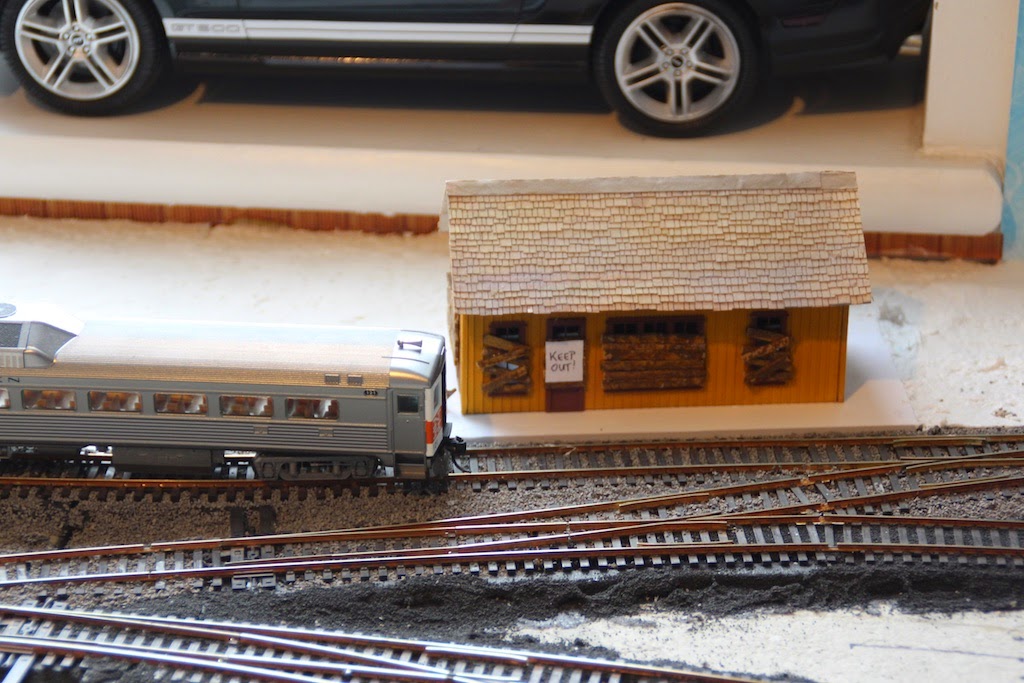