Sunset & North Eastern - Trains run all over - at last

I have now finished laying the track to the plan. The schematic looks like this: 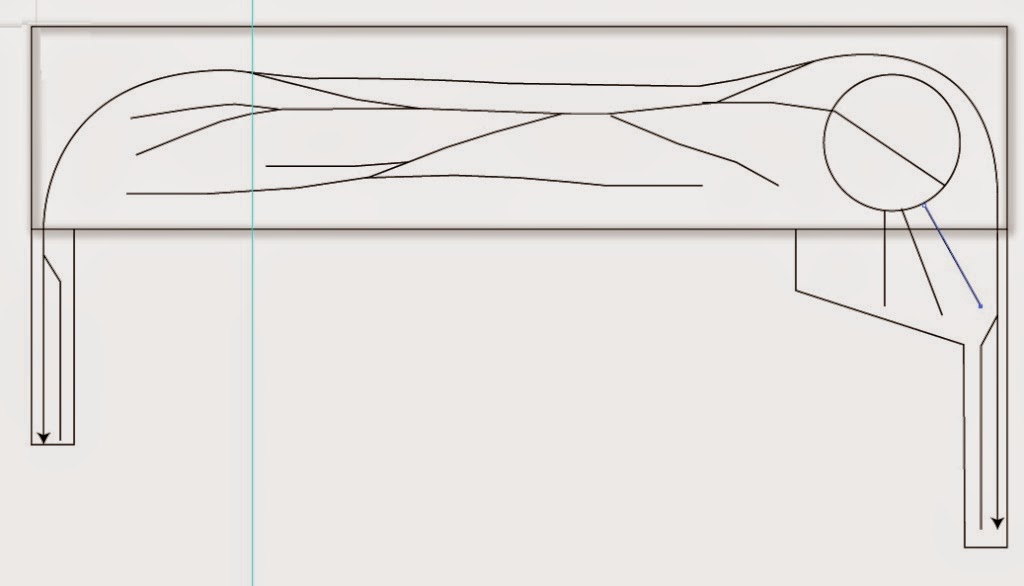 I have a short video showing the layout in situ.

The turntable is a Walthers/Heljan DCC turntable. It installed and worked very easily. However, now that I have seen the trains running and having got the turntable working, I can see that it needs another couple of additions.

Firstly, the station is intended to be the mid-point on a short feeder line between two other railroads - currently assumed to be the New Haven and the Boston & Maine (to please a friend who lives in Connecticut!). As such, a lot of the trains will be going straight through. However, the S&NEs own freights will stop here and change locos - as they only have these small 2-6-0 Moguls. Hence the turntable and engine facilities. I realised when looking at the layout that there were two flaws. Where could I put the coal and water facilities and there wasn't a caboose track. A small tweak to the design came up with the following: 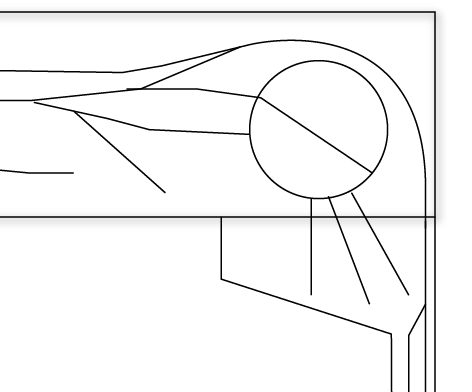 The second track to the turntable enables me to have the following "workflow". The loco comes from the train and enters the lower left hand turntable feed. Here it can dump its ash, put on water and coal and move to its storage track. When leaving the engine facility to take on a train, it leaves by the upper turntable feed. The extra track below the water/coal feed is the new caboose track. This should make the loco operations much more interesting.

I have now ordered the extra switches that I need for these changes and will post more when they are installed. Just so that you know, the two areas of staging at both ends will eventually be joined via a new station on the opposite wall. This will give me a continuous run as well as a single staging track on both side. This will have to wait until I have got a long way with what I have. "She who must be obeyed" (see Rumpole of the Bailey if you don't know that reference) - AKA SWMBO - says that I have to get some scenery and people down before I move on. She seems to think that I only ever lay track and tear it up later without doing any more. I point out that I did put some scenery down once on a N Scale layout about 4 years ago (see earlier posts in my blog) but she thinks that this was a one off.

Thanks for choosing to represent New England. Looks like it's going to be nice.