All the track is laid

I have now laid all of the track and wired up and tested all the DCC. I had one problem with a dry joint but that was quickly fixed.

I have cut out part of the baseboard to make a Sand and Gravel yard with raised track for delivery by dropping from hoppers. Let's see if I can make a decent job of blending it all in. The hardboard (masonite) trackbed is temporary until I can build the trestle. 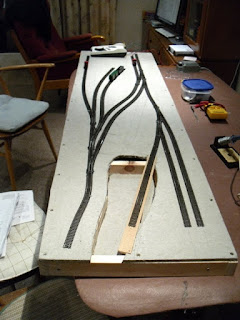 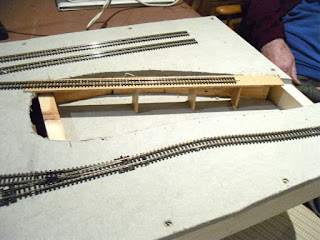 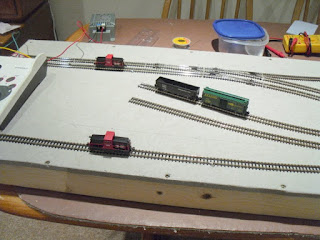 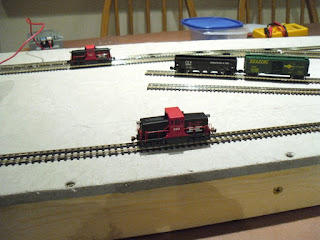 In the process of testing, a couple of evenings ago, I ran one of the locos off the end of the track and broke one of the couplers. As these couplers are 'non-working', they would need replacing eventually so sooner will be better than later. I have been pointed at a Model Railroader article which recommends some options.
Posted by Long Haired David at 11:42