Another step forward in the iPhone world

Having played around with JMRI (Jave Model Railroad Interface) for a couple of weeks, I have managed to install it exactly as I wanted.

Firstly, I bought the NCE USB interface and got all that working on my iMac
2. I defined a panel and turnouts to interface to my Heljan/Walthers DCC turntable
3. Set up WiThrottle on my iPhone.
4. Got all of this going in a great way.

I then picked up a cheap laptop on Ebay - it cost me £6 ($10) with £8 ($13) postage.
I installed an old copy of XP onto it. Loaded up Java, JMRI and the correct USB/Serial port driver.
The Toshiba laptop works perfectly with the lid shut (the only thing wrong with it was that it had a broken hinge - hence the price - but as it will sit with the lid shut all the time, that shouldn't matter).
I have run up JMRI on it, imported my roster, set up the turnout configurations of the turntable and shut the lid.

I can now run the layout from the iPhone whenever I want without messing about.

Posted by Long Haired David at 08:17 No comments:

The title reflects a blog post that I made back in June 2011 - We Have Trees. Unfortunately, I had to take that railroad down as we were planning to move house and the room had to go back to looking like a bedroom.

The same trees were saved and kept. Some of them have now been recycled into the corner of the current railroad.  In front, I have finished filling in the yard area with Sculptamold but yet to colour and detail it. I really like Sculptamold. I find it easy to mix and use. Plus, it is a very clean product so I don't get any peripheral mess and it washes off everything easily.

There is now a road along the front that crosses over into the yard. It is a back road so nothing much. The railroad crossing sign was copied from the official description of grade crossing requirement. These can be read HERE. This link contains more information than you will ever need about grade crossings! I tidied it up in Photoshop and then formatted it in Illustrator to get the correct size. The wood used on the crossing and the sign came from coffee stirrers courtesy of our local cafe - Isaacs here on the Ipswich Waterfront. 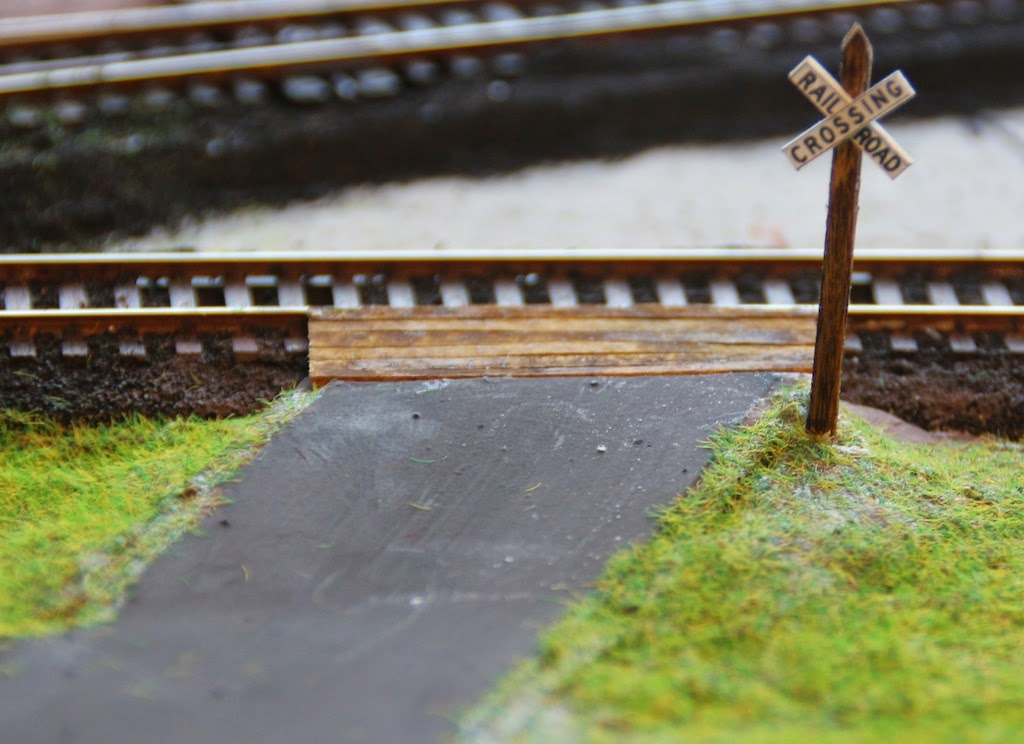 
Posted by Long Haired David at 10:43 No comments:

JMRI and WiThrottle - a story of a turntable

If you don't know what JMRI and WiThrottle are, read on.

I recently bought a USB interface board for my NCE DCC system. I got this from my friend Kevin Dickerson at Coastal DCC who, fortunately, lives just round the corner from me in Ipswich.

The USB card connected my iMac to the NCE system. I had to install a new driver but I got that from the NCE USB web page. I already had JMRI (Java Model Railroad Interface) installed so, once I had created a new profile and connected that to my NCE, I was able to control my trains from the iMac screen. It gets better though.

JMRI provides a wireless connection for external throttles to drive trains through the USB link. I downloaded WiThrottle from the App Store and installed it on my iPad and iPhone. This quickly connected to JMRI and I was running my trains (and controlling all the sound effects) from my iPhone.

It gets even better! The following took a bit of time to work out but this is what I did.


Here is the iPhone showing the turntable options along with the Heljan control box. 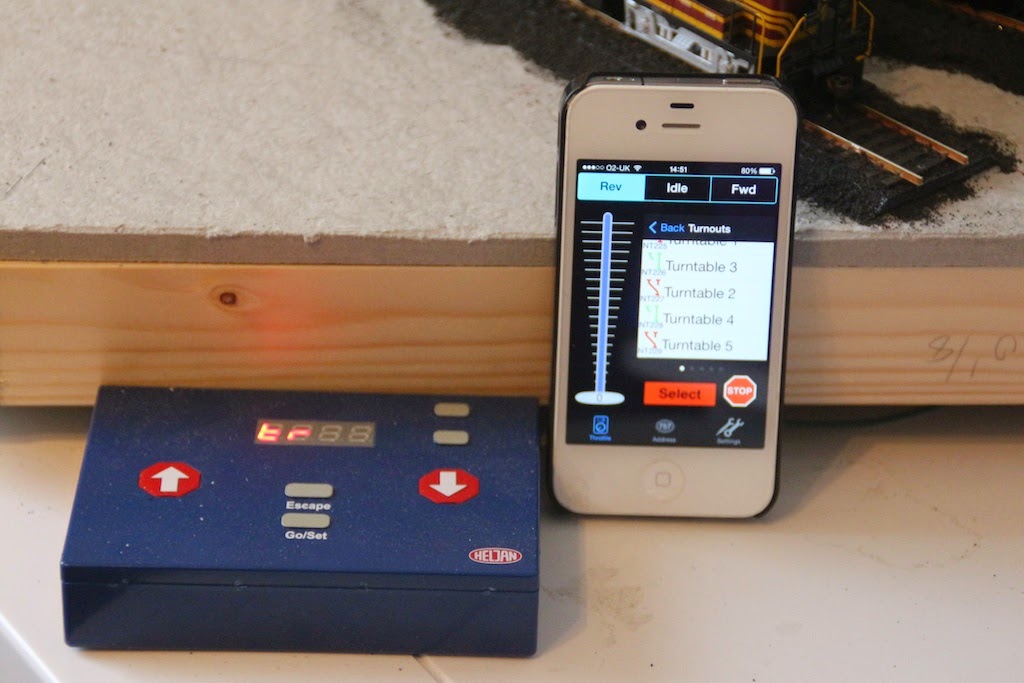 Here is a shot of the turntable, itself. 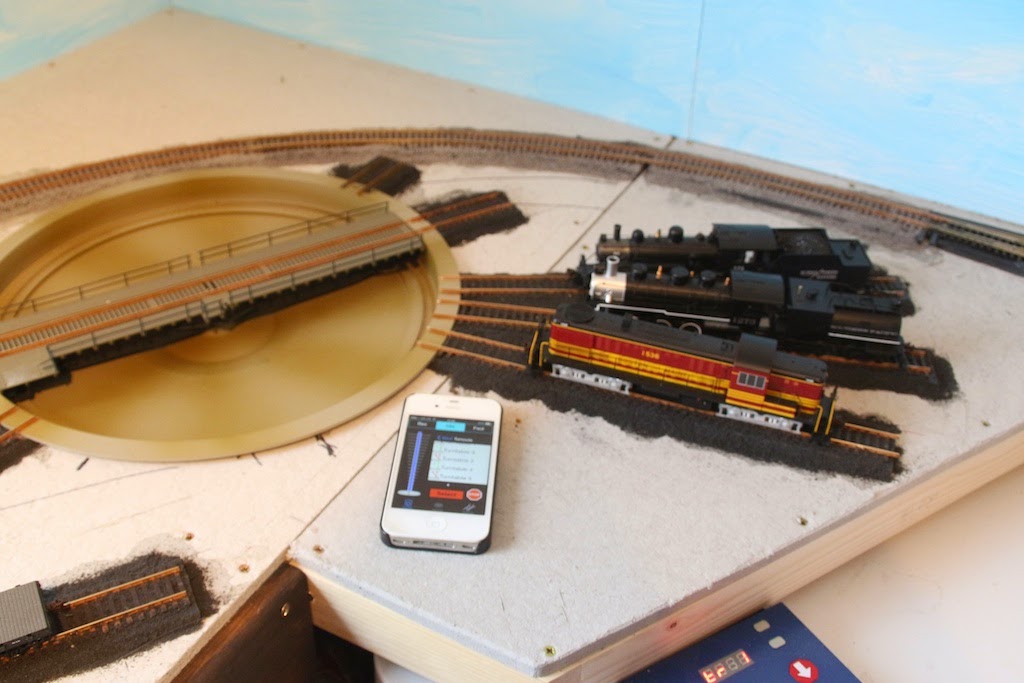 Posted by Long Haired David at 07:25 No comments: