Joining the Foam Core together

I have spent the day today connecting everything together. I have planned out the new layout. This has been amply discussed on the Model Railroader Magazine Forum.

I have been through four iterations of the plan and I think that I have got it close to where I want it.  However, the first thing to do was to connect the various boards together. The layout is like this:

I have connected 8,1 & 2 and 4, 5 & 6. The boards were hot glued and kept straight. The separate boards need to be connected together so that they don't move. I do this with foam core clips. I have used these before and they work very well. They look like this. There is a clip at the front and the back. 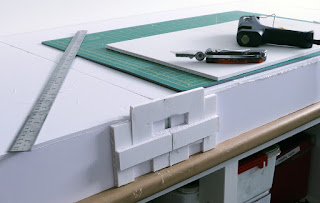 They sit right down and hold both sides together.

Tomorrow, I will start laying out the track to make sure that my design works. The design is as follows:


Posted by Long Haired David at 10:50 No comments:

All the foam core is down.

I have now laid out all of the foam core. It all fits very nicely and very tightly. It is 80mm high to accommodate the DCC Concepts point motors.

Here is a video of the layout as it stands. I hope that you like the music ( see my note at the end).


The next step is to start laying out the track. I have tried in the past to design the railroad on paper or on the computer but I never seem to get the spacing correct. This time, I have set my Givens and Druthers (fine old American expression that we don't have over here in the UK. I picked it up from the John Armstrong books and then heard it in a duet between Bobby Darin and Johnny Mercer  on "Two of a Kind" called "I'd Rather Have My Druthers" (a CD I heartily recommend!). Anyway, I will start sliding points around along with some of my industry buildings so that I get the spacing correct.  I am looking forward to that.

The music is, as you probably guessed, "The Little Red Caboose Behind The Train" as recorded by the Pickett Family sometime before WWII. YouTube picked up on the song and they have a claimant to the copyright so you may find an ad appearing! Sorry if that happens:-(
Posted by Long Haired David at 12:41 No comments: 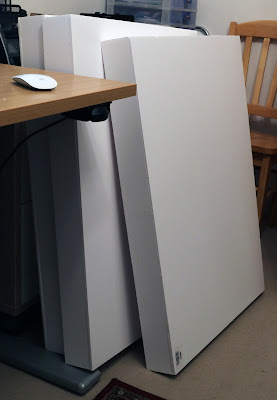 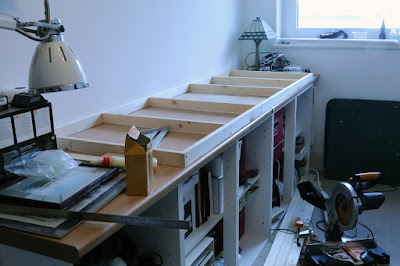 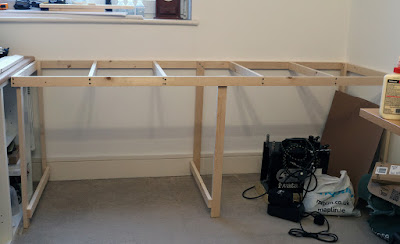 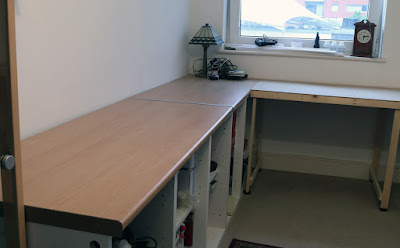 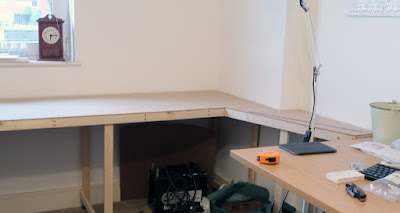 I hope to finish the foam core tomorrow. I will then plan the track layout by moving actual points around. I intend to have removable staging at both end but we will see how that pans out.
Posted by Long Haired David at 12:20 No comments: 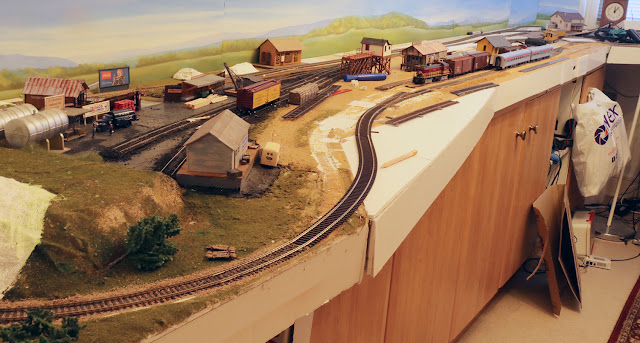 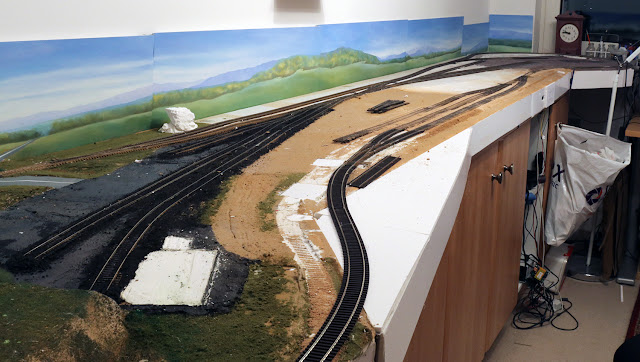 So, I need another 10 yards or so of track; lots more rail joiners; more feed wire and, oh,about 15 sheets of foam core!
Posted by Long Haired David at 06:22 No comments: