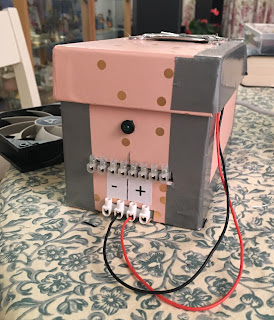 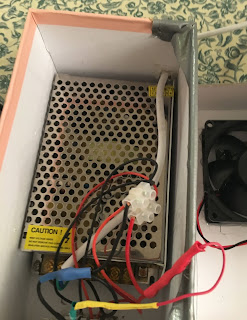 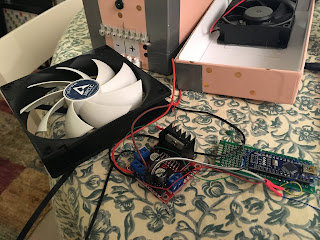 Tomorrow, I build a new box and then that is that. Back to building the funfair. My next job is to get a couple of shift registers working with 16 LEDs to provide the light show on the roundabout. The Arduino doesn't have enough ports to drive 16 LEDs so I have to use nice little integrated bit shift circuits. Luckily, I have an Arduino development kit and there are examples with code for all little things like this, thank goodness. YouTube is a big help as well. More tomorrow.
Posted by Long Haired David at 13:23 No comments: